We’ve all had that horrid experience where you’ve changed some files, saved, closed, and realized that you’ve made a mistake. This is where version control comes in and in this post I will show how you can use two free resources to make your own cloud-backed sharable code repository.

What is version control?

Version control helps us to maintain versions of files or whole projects. Git is just one of many such version control systems and I use it exclusively on all my projects.

Git is a small open source system which is available on all platforms. It is easy to learn, fast, and packed with features. Some of the big names in the development industry use Git. But how does one store your git repositories safely and securely with backups and share it with team mates?

The first place one should look for hosting Git repositories is Github. Github provides all you’ll ever need for hosting repositories and collaborating with team mates. It is, however, only free if you host open source projects.

Some alternatives to Github exist, such as Google Code and SourceForge. But they also just offer free hosting for open source projects. Now if you have the budget to pay their rates (which is very reasonable) please do so! And if you can open source your project, even better!

Bitbucket is also a feature-filled hosted repository for Git, boasting with free unlimited private (proprietary) repositories for up to five team members, or more if you are willing to pay.

If you are, however, looking for an alternative for a small team, working on proprietary projects, I’ve found an easy alternative.

I will show you how you can use Dropbox for storing your git repositories and sharing your projects with your co-workers.

Dropbox is a file hosting service offering secure cloud-storage, synchronization and portable free client applications. Dropbox gives every user 2 GiB  of storage for free, at the time of this writing, which is plenty for storing your projects. Dropbox also provides a payed service for larger capacity and even for businesses.

First of all, in the examples I show how to set up the repositories by using Ubuntu 13.10, however the process can be repeated in a similar way for other operating systems.

Get the relevant installer from here and install, no surprises there. The installer will guide you through the setup process and  allow you to create a new account also. If you already have one, just provide the login details.

Assuming the default settings for Dropbox, here is a snippet showing how to create a new bare repository named foo.

No, Dolly is not the subject of the discussion. You have to clone your repository to your local working folder.


You now have a cloned empty repository. Now you can add a file or a project and push to the repository.

Magically your new commit will be pushed to the cloud-backed Dropbox folder.

In order to share the repository, you can use Dropbox’s folder sharing feature. This will allow bi-directional access to the Git repository. This screenshot shows how to invite people to your repository folder (use foo.git in the example above)

Just type the email address(es) of the team, add a relevant message, and there you have it. Remember to follow the same cloning procedure above for each team member.

I must confess, I did not test scenarios where more than one person writes to the repository simultaneously, but for a small team it is not difficult to co-ordinate.

You can use Dropbox along with Git to securely and safely (and freely) store your projects while allowing your team to collaborate with you from anywhere in the world. The examples in this post are for demonstration purposes only.

You can use any method for cloning the repositories. Most IDE’s I use already have a built-in Git function to clone a project from a repository (from the Dropbox path).

I strongly suggest the further reading section below if you are not comfortable with using Git or Dropbox.

Please comment below if you have any questions, suggestions or comments.

Edit 12 Apr 2014: Thanks to Stephen Cox for suggesting Bitbucket! 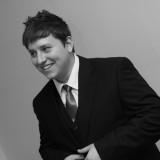 2 replies on “Dropbox for Git Repositories”

Does your site have a contact page? I’m having trouble locating it but, I’d like to send you an email. I’ve got some recommendations for your blog you might be interested in hearing. Either way, great website and I look forward to seeing it grow ove…

Thank you. Yes the contact page is on your top right. Right next to the search icon.

We use cookies on our website to give you the most relevant experience by remembering your preferences and repeat visits. By clicking “Accept All”, you consent to the use of ALL the cookies. However, you may visit "Cookie Settings" to provide a controlled consent.
Cookie SettingsAccept All
Manage consent

This website uses cookies to improve your experience while you navigate through the website. Out of these, the cookies that are categorized as necessary are stored on your browser as they are essential for the working of basic functionalities of the website. We also use third-party cookies that help us analyze and understand how you use this website. These cookies will be stored in your browser only with your consent. You also have the option to opt-out of these cookies. But opting out of some of these cookies may affect your browsing experience.
Necessary Always Enabled

Performance cookies are used to understand and analyze the key performance indexes of the website which helps in delivering a better user experience for the visitors.

Analytical cookies are used to understand how visitors interact with the website. These cookies help provide information on metrics the number of visitors, bounce rate, traffic source, etc.

Advertisement cookies are used to provide visitors with relevant ads and marketing campaigns. These cookies track visitors across websites and collect information to provide customized ads.

Other uncategorized cookies are those that are being analyzed and have not been classified into a category as yet.